An unabashed fan of 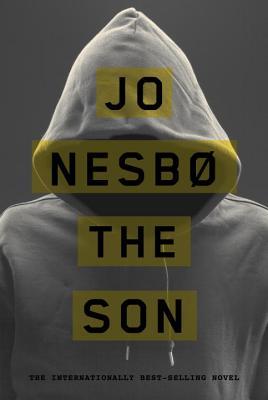 Jo Nesbo’s Harry Hole series, I approached this stand alone novel, The Son, with a degree of reluctance. Initially, I found my misgivings (that Nesbo hadn’t written another Hole book) founded as the story was a bit slow to start and, for me, difficult to engage with. Then, whoompa! The tale of Sonny Lofthus, a drug addicted but strangely charismatic prisoner (who absolves other hardened inmates of their sins), whose policeman father committed suicide many years ago after being exposed as a corrupt cop, is a high-octane and compelling read. As the story progresses, we learn that after his dad’s death, the once promising and talented Lofthus spiralled into crime and drugs and when the book opens, seems content with the bottom upon which he currently dwells. A bottom that sees him taking drugs and responsibility for all sorts of crimes – even those that occur outside the prison walls and which extend his sentence into perpetuity… As long as he is given the drugs that hasten forgetfulness and ennui, he doesn’t give a damn….

That all changes the day an inmate comes to visit him for absolution, making a confession and revealing facts about his father’s suicide he didn’t know. Suddenly, Lofthus not only has a reason to live, but a need to escape his confines, the debt he’s in to a crime lord known as “The Twin”, and redeem his father’s name and enact the revenge that’s long overdue.

Concurrent and intertwined with Lofthus’ tale is that of Chief Inspector, Simon Kefas, and his female side-kick, Kari who, after Lofthus escapes, is called upon to investigate a spate of grisly murders. There is a connection between Kefas and Lofthus that goes back years – one that sees Kefas obligated to investigate murders that seem cut and dried. A washed-up cop but with experience, Kefas refuses to accept that the perpetrator of the crimes is the person all evidence points towards. Operating against the advice of his peers and superiors, there are shades of Hole in Kefas as he fights for justice and understanding – not just for himself, but for Lofthus as well.

There are so many twists and turns in this novel and for fans of the Hole series, this is what Nesbo does so well. Just when you think you can predict a motive or foreshadow events, Nesbo turns everything on its head. There are familiar characters in the sense that Nesbo does the disillusioned, anti-hero with a complex emotional life and conflicting motives so well, but each character, even those who make brief appearances, are also complicated, fascinating and together work to resolve the intricate puzzle this novel becomes.

A knotty morality underpins this narrative as well – Lofthus’ and Kefas’ tales – that turns ethics and suppositions about right and wrong on their heads. That is what I love about Nesbo’s novels – the characters and their arcs are never black and white but many shades of grey and then some.  Unpredictable, dark and after an initial slow-burn, a novel that takes off at the speed of light, this is a wonderful stand alone for those who love an exciting, roller-coaster read with head and heart.