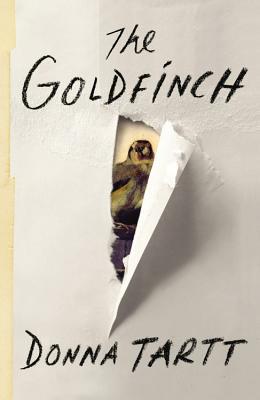 o much read The Goldfinch by Donna Tartt as I was swept up in its powerful and sublime narrative with its exploration of love, loss, beauty, material objects and the relationship we can form with these and other people in our lives and how the choices we make, which are embedded in a moral code, define us.

The novel tells the tale of Theodore Decker who, suspended from school because of a questionable friendship he has formed as opposed to his own behaviour, has his life upended and shattered when he survives a tragedy that rocks New York. In the moments before and in the immediate aftermath of the disaster, he forms a bond with a young girl called Pippa and old man named Welty, both of whom become touchstones in what his life will become. Amid all the horror and shock that unfolds, Theo does something quite strange, he takes something extremely valuable and beautiful and tells no one what he has done

The consequences of this one action will echo and influence his life choices, merge into the memories of his past and erupt into the present in a prescient manner offering escape, promise and danger.

The novel then follows Theo’s life and the impact loss and accidental gain have upon him. His grief, his torment, the monotony and loneliness of his days are charted as he becomes not so much a victim of circumstance, but a victim of those determined to follow bureaucratic processes, tick their boxes and do the ‘right thing’ by this silent and oft sullen young man. This section of the book is heart-wrenching as well-intentioned people fail to see or understand how much Theo needs connection, longs for real communication and feeling, for someone to do more than simply satisfy the social niceties and offer platitudes. The only thing that allows him a link to his life before the tragedy, to experience and build any kind of emotional bridge is the object he has stolen. It speaks to him in ways that the humans in his life, even those closest to him, cannot.

It isn’t until he meets James Hobart, Hobie, an antique restorer and friend of Welty’s, and is reunited with Pippa that a semblance of meaning, if not hope, enters his life. But even this is transitory as Theo is at the whim of forces he cannot control and so his life is taken on journeys, undergoes trajectories he can neither navigate or foresee and, on the way, he collides and connects with others: his recalcitrant father, the ebullient and wonderfully strange Boris, the aloof but kind Barbours. Anchoring him on the ride his life becomes is his great secret, the object that has come to fill the hole left by the absence of those he loves.

From New York to Las Vegas to Amsterdam, from high society to the seedy underworld of crime and shady deals, drugs and booze, the novel follows Theo from his teens to his late twenties. Exquisitely written, it is a story I could not put down. Tartt’s ability to enter the mind and hearts of adolescents and adults is acute and heartfelt. Often philosophical and littered with references from popular and ‘high’ culture, the reader is swept along in the currents and eddies of Theo’s life in much the way he is. Filled with rich and complex characters, humour in surprising places, touching scenes that wring the heart and others that leave you frustrated and discontent, there is never a dull moment and, frankly, I was astonished by a few readers’ reviews that declared nothing happened in this novel. It may centre on a character who fundamentally embraces nihilism – or attempts to – but everything happens in this book. Everything that makes us human, that drives our needs, desires and hopes is explored. It seeks to understand what is free will, what is determinism. It ponders the great questions that have entertained and confounded philosophers since Aristotle, questions about life and death and meaning. It also asks, do we make our own luck or misfortune or is it somehow predestined? It is a morally and ethically complex novel that among many notions teases out the idea: do good acts necessarily lead to good outcomes and vice-a-versa? What if the wrong or bad decision can lead to the right ending? Or a good one bring about catastrophe? Does that make the entire choice or the person making it evil or their choice necessarily wrong? These are questions characters unconsciously embrace and finally ask outright. It’s left to us, the reader, to decide whether or not the answers are worthy or right (or not).

A fantastic story that lingers in the heart and head and which, like the object at its centre and the young man who obsesses over it, captivates you and whispers, “I have been written for you alone.” (Something that will make sense once you have read this utterly beautiful and haunting tale). Cannot recommend highly enough.