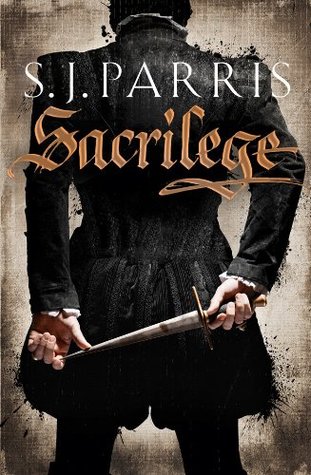 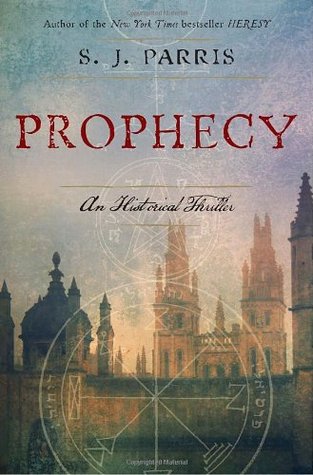 This was a strange book in so many ways – and I mean that more positively than to infer the opposite – strange can be good, right? Ostensibly a historical novel that, while a work of fiction features real people – the main one being the lead character, the excommunicate Roman priest and humanist philosopher, Giordano Bruno – it also uses quite modern if literary language to tell its Elizabethan tale of murder, mystery, spies, religious heresy and mayhem. Due to this, it asks for a leap of faith from the reader – of the literary rather than the religious kind – and we do this willingly.

Establishing Bruno’s credentials as someone genuinely disenchanted with the Catholic church (he’s caught reading inappropriate materials and the Inquisitor is sent for, which forces him into exile), he arrives in England years later to be hired by Queen Elizabeth’s great spymaster, Walsingham himself, and is sent to Oxford University. Travelling there to debate the forces of the u

niverse with the Rector, Bruno is also asked to uncover any heretics – Catholicism having mostly gone underground during this period – as a plot to assassinate the queen has been discovered and the search for those involved (directly and indirectly) is underway.

While at Oxford, a series of “maytyr” murders take place – gruesome and clearly spelling a warning – but to whom and why is not immediately clear. Determined to unearth the killer, Bruno hasn’t quite accounted for the prejudice of the English towards foreigners, the passions of Catholics nor the unexpected pleasure of the Rector’s beautiful and clever daughter, Sophia.

The closer Bruno gets to the finding the killer or killers, the greater the danger grows until it’s not simply Bruno’s soul that’s at risk, but his very life.

While this novel is an Elizabethan mystery, it’s also very self-consciously historical and in that sense, it sets out to be accurate in its descriptions and in the way it characterises some of the people it introduces into the story. I always enjoy that kind of didacticism if it’s done well and, mostly in this book, it is. Parris (a journalist) knows how to do her research and incorporate it in an interesting manner. And so you have long dinner conversations that demonstrate both the ignorance of the era as well as the cleverness of the protagonist (and in real life, he was), as well as lovely details about Oxford University, it’s buildings and rules and the relationships between staff, students and servants and the various rituals that make up the day.

Where I found the book pushed the boundaries a little too much was in its tendency to introduce characters either for the purposes of “proving” this was a dinky-di historical novel (eg, the extremely annoying European nobleman Bruno is forced to accompany to Oxford and Sir Phillip Sidney, both of whom didn’t really serve any useful narrative purpose except as genuine figures from the past) or as devices to wrap up plot points. There’s one character particularly from whom Bruno finds out a great deal of information that leads to the identity of the killer. This character is a “simpleton” and in one scene, even while doubting the wisdom of telling Bruno everything (ie. that he possibly shouldn’t), he still spills his guts, allowing clever Bruno to put five and five together. In other words, this character was created purely to reveal a great deal of information at the right time and I found that a tad clumsy, even though I liked the character.

Some of the characters are also a little too black and white as well as smart alec, but in a stupidly disrespectful way, though this also adds to the tension.

The scenes describing torture and execution are very well done, if grisly, and also reveal Parris’ knowledge of and appreciation for the era.

Overall, while I tended to skim read small parts of this, I really enjoyed others and if you like a good historical murder mystery that isn’t quite in the league of The Name of the Rose, but is nonetheless very good, then this is for you.