The fourth book in the Giordano Bruno series, Treachery, takes place in Plymouth, on the eve of Sir Francis Drake’s departure to harass Spanish ports. Accompanying his friend, Sir Phillip Sidney, who is tasked by the queen with bringing the exiled Portuguese ruler safely to London, Bruno, as readers have come to expect, stumbles into murder, conspiracies and, as the title suggests, treachery. Upon his arrival, Bruno learns that one of Drake’s officers has committed suicide, though after one look at the body, Bruno is able to confirm Drake’s suspicions, that his man didn’t take his own life, but was brutally murdered. Sidney (who has his own selfish reasons for wanting to earn the gratitude of Drake) quickly offers Bruno’s services to track down the killer.

Amid the grubby, bustling port town of Plymouth, more than one conspiracy emerges and Bruno meets some unpleasant people from his past – as does Drake – men intent on revenge at all costs. Hounded, hunted, second-guessed, watched, Bruno works against time and the evil intentions of others, all the while keeping an amorous woman at arm’s length and trying to discovery the mysteries of yet another heretical book.

Parris’s evocation of the time and place is terrific. For regular readers of the series, Bruno is such a fully realised character and the more you see him in action, the more you appreciate his humour, learning and (mostly) abundance of common sense. Sidney is given more time in this novel and his character is given the opportunity to, well, not shine, let’s say show its strengths and weaknesses. Likewise, one of the heroes of the Renaissance, Sir Francis Drake, is well drawn.

In terms of plot, the books follow a pattern: Bruno encounters death, bodies and plots and seeks to solve the conundrums they raise and offset the danger they pose to himself and others. Risking life and limb, he moves or blunders from clue to clue, being attracted to a woman, finally uncovering the identity of the killer/plot and saving the day (but not without a body count and a few victims). I don’t mind the fact that as a reader, I sort of know what’s going to happen. There’s a particular pleasure in knowing the rhythms and cadences of a series and part of the delight, even when you pick the identity of the antagonist (as I did early in this book), is discovering how the author uncoils the story. What Parris does very well is the interior life and motivation of characters, particularly Bruno and this is never predictable except in ways that ring true with the overall narrative arc and character development.

There are many twists and wrong turns in this novel as well as sub-plots and minor characters which all work to feature Bruno’s particular skills and attractions. Far more than the other novels, in Treachery, Bruno becomes a sort of Renaissance super-hero – sans costume – as faster than a speeding bullet from a blunderbuss and more powerful than a horse drawn carriage, he risks himself physically and in astonishing and dangerous situations again and again. Being a philosopher has never been so deadly or thrilling. Be prepared to suspend your disbelief, but not your reading pleasure.

A wonderful addition to a really good series. 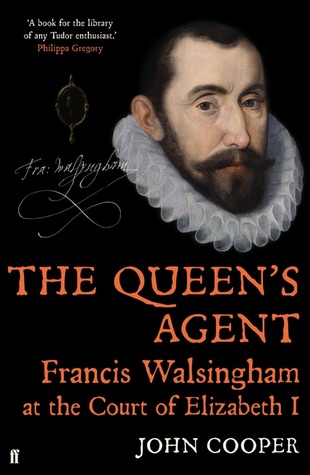