A Burnable Book by Bruce Holsinger

This was an intricately plotted, historically accurate medieval mystery, full of intrigue, tragedy and rich characters.

When a book of prophecies that foretells the death of the last twelve English kings and the current one, Richard II, is rumoured to be circulating in London, there are many ruthless folk out to retrieve it and for different reasons. Enter, stage right, one John Gower, who discovers the book is in the hands of those who don’t understand what it is they have or how dangerous it is – not just to king and country, but them. Tracking the book and the current holders proves more difficult than Gower could have foreseen, especially when other copies of the original start to manifest and Gower learns that not only is his best friend, poet, diplomat and customs official, Geoffrey Chaucer, somehow embroiled in what’s going on, but possibly his estranged son as well.

Determined to save the king and, if he can, those he cares about as well, Gower risks life and limb, journeying from the pungent and grimy streets of London, the stews of Southwark, the halls of Westminster and the hallowed cloisters of Oxford to get to the bottom of what’s swiftly becoming a deadly game – a deadly game of death. Further afield, there are those plotting revenge and the presence of the book has just made the possibility they might finally get to serve it more desirable than ever.

Filled with minute detail of the era, from fashions, political machinations and plots, real people of the period (rulers, politicians, poets, maudlyns, diplomats, mercenaries etc), I confess I first struggled with this novel as the desire to be authentic almost overwhelmed the story – a story that, I should add, presents London and, indeed England at that time as almost totally joyless and always dangerous. Having said that, one of the delights of this book is the way in which Holsinger brings to bear his incredible knowledge of the era as a medieval scholar, imbuing each and every page with sights, smells and sounds – even when you wish he hadn’t!

politics and wheeling and dealing is also spot on as the rich and powerful (and those who desire to be both) manoeuvre to either get closer to the throne, or bring it down. This is a grim and dark tale but it’s also incredibly clever and the weaving of actual historical figures, and the formation of what were to become major literary works (eg. The Canterbury Tales, Troilus and Cresida as well as the work of John Gower – himself a burgeoning  poet of the time) with fictional ones is seamlessly achieved.

If you enjoy superbly crafted historical novels which really evoke time, place and people and a damn fine mystery, then this is the book for you.

Harbour Street was yet another book in this series I love and which I thought, having seen and loved this episode of the TV series, I might ‘know’. No. I was wrong. Again. While there are, of course, similarities, in plot and characterisation, the book can take you places the TV series can only dream of going.

The story here centres around an elegant old lady who is mysteriously killed on a train. The clincher is that it’s Joe Ashworth’s eldest daughter who finds the body. Enter, or rather, lumber, our beloved Vera, stage left. Larger than life, kind and sharp, a woman who doesn’t suffer fools but loves to appear one so people constantly underestimate her (which some do to their detriment), Vera knows there’s more to this dead woman, Margaret, than meets the eye, pet. Learning that she lived in a B&B on Harbour Street, sharing responsibility with a young woman, Kate, who has two teenage children, Vera starts to unearth a rather complicated past for our Margaret.

As the novel progresses, more and more people enter the scene and become not just parts of Margaret’s colourful and chequered past, but suspects as well. Cautious around the police, it takes all Vera’s charm and cunning along with the dogged determination of the rest of the team, Joe, Holly and Charlie, to discover not only what people are hiding, but what they fear.

When another body turns up, and Vera guesses the killings aren’t over yet, tracking down the murderer becomes not only a matter of professional pride, but time – and it’s running out.

Cleeves has done it again with a wonderfully evocative, richly character-driven novel from which the people leap fully-formed. Vera is fleshed out even more and it’s so rewarding for those who read the series in order to not only understand and predict how Vera will act in a given situation, but be proven wrong as well. Likewise, Joe, Holly and Charlie are given more complex roles, and their back stories are slowly filled in too.

But it’s place that also takes a lead role here – Harbour Street, full of colour intensity, and locals with their parochial attitudes, reluctance to embrace newcomers, suspicion of the police, and ambivalent relationship with the past they both hide and can’t shed.

And, as I hoped, the plot does steer away from the TV one, so it’s like enjoying two amazing, beautifully structured stories filled with people you invest in and adore in the same setting. Cleeves has done it again – written a cracker of a book. 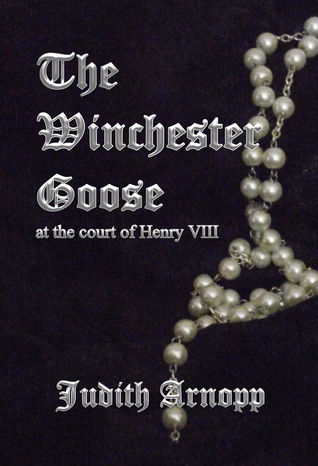