Having read Michael Robotham’s Joe ‘O’Loughlin books our of order (I literally read Say You’re Sorry, the latest, first – and loved it – see earlier review), I found I didn’t enjoy this first in the series as much as I feel I p

Don’t get me wrong – this is a tautly written, gripping thriller that takes you on a roller-coaster ride as we’re introduced to the recently diagnosed with Parkinson’s, psychologist, Joe O’Loughlin. Dealing with this advancing neurological disease and the fact it will steal precious time with his beloved family is bad enough, but when Joe discovers that a woman who once accused him of sexual assault has been murdered, and all the clues as to her killer lead to him, time works against him in different ways.

Convinced the killer is one of his patients, no-one will listen to Joe and, as the body count increases, even those who know and love him start to regard him differently, particularly when Joe is caught in the biggest lie a married man can tell.

Not only do we meet Joe’s wife, Julieanne, and young, adorable daughter Charlie, this is also the book that introduces Vincent Ruiz – hardbitten detective who would be quite at home in a Raymond Chandler noir as he is between the pages of this book.

This is a real cat and mouse book – one where the roles sometimes change. While I can acknowledge the writing is superlative and the plotting excellent, I think it’s also testimony to Robotham (and possibly unfair of me) that the main reason I didn’t like the story as much is because, to me, Joe acted in a manner I considered out of character and which didn’t ring true. If I’d read the books in order, however, I presumably wouldn’t feel that way because I wouldn’t “know” Joe or be as invested in him as I’ve become. To me, this intelligent, deeply thinking man (always thinking, as Ruiz observes in a later book, which I’ve just finished and will shortly review as well), behaves in a way that jars – whether it’s how he responds to his diagnosis or the fact he continues to withhold information from the police, I’m not entirely sure. I found this enormously frustrating and even if I didn’t “know” Joe, I would have thought someone with his perceptive qualities and understanding of humans, should know not to keep the sort of information he does hidden as it will only cast more suspicion in him – which it does with devastating results.

Likewise, Ruiz is such an arse. Hostile from the outset, he really is incredibly unlovable and difficult to reconcile with the person he later becomes. I didn’t struggle with him as much as Joe, however, and enjoyed discovering the early stages of their relationship which, in many ways, functions as bromance – boy meets boy, boy hates boy, boy loves boy.

These are very picky complaints and, as I’ve noted, only arise because I read the books front to back (so to speak). Overall, it’s such a tremendous read and again, kept me awake far too late and is, I suspect (pun intentded) responsible for the shadows under my eyes. 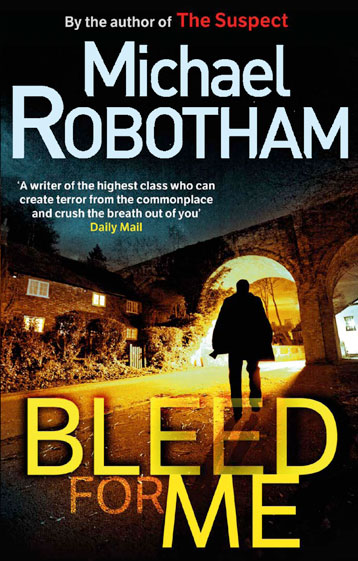