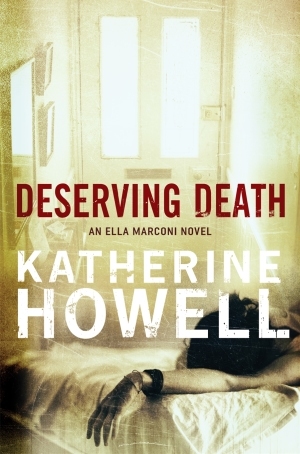 I don’t know why I do this to myself. Every time I pick up a Katherine Howell book, my fate is sealed. For the next how ever many hours, I will barely eat, sleep or blink until I finish the novel. And don’t try talking to me while I have my nose in the story – I am unable and have no desire to hold a conversation let alone compose a coherent response to a question – I simply have to know what happens next. Call me a glutton for punishment or someone who just knows a wonderful book when she opens one – maybe both. 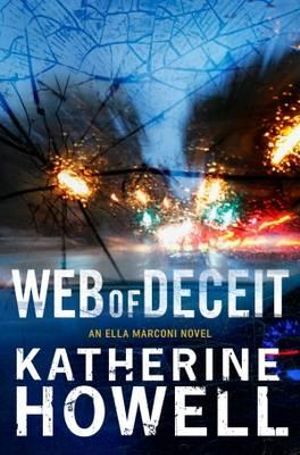 Now, imagine this is how I have responded to all Howell’s Ella Marconi novels and then multiply that reaction a hundredfold with the latest in the series, Web of Deceit. This book is an emotional, psychological and narrative time bomb that ticks away, putting you on the edge of your seat and making it impossible to leave the gritty, complex and marvellously tangled world and crimes that Howell has woven.

Web of Deceit opens with two paramedics, Jane and Alex, being called to an accident where a vehicle has hit a pole. No speed is involved and the driver has no injuries yet, he refuses to leave the car. Terrified, convinced someone is following and “out to get” him, it takes a great deal of persuasion to get him to exit. When, later that night, Jane and Alex are called to an apparent suicide at a train station and recognise the victim, events are set in motion that draw in both the paramedics, their families and, of course, detective Ella Marconi and her partner Murray as well.

Determined to prove the suicide was in fact a murder, Ella finds herself up against a new, number crunching boss for whom over-time and even lateral thinking around a case, appears to be an anathema. Combined with demands from her family and cutting her teeth on a promising new but frail relationship, Ella has to work against the odds to bring justice to the dead man.

Parallel to and interwoven with Ella’s dogged investigation is the story of Alex and Jane both of whom have their own lives and problems.  As these are played out in ugly and complex glory, they find that the sinister warnings and fear of the man in the car may not have been the product of a deluded mind after all and, in fact, are simply a prelude to an all too real and terrifying series of events….

What I particularly love about Howell’s novels, apart from the tight and utterly believable plotting is the way she portrays her characters. They are never two-dimensional but fully rounded personalities whose motivation, while you might not always understand or approve (which makes you anxious for them) makes sense. She gives them back-stories and rich, interesting lives, even when they are quite ordinary, demonstrating their strengths, weaknesses, self-doubt, mistakes and hubris and the consequences of all of these.

Howell also has this marvellous ability to not only bring the paramedics’ work to life, but to show their humanity and the stress and strain under which they work as well. There’s a specific scene about halfway through the novel that is so heart wrenching and heart-warming, the words were swimming all over the page and it was a while before I could compose myself and move on. Kudos to Howell that in the middle of a grisly investigation, where tension is mounting, she could include such a scene and without missing a beat. On the contrary, it adds another layer to the tale and the characters.

e way relationships are constructed and deconstructed in the tale rings so true – both professional and personal. There are characters you love and champion but whose actions you sometimes question – just as in real life. There are also those you loathe and others who arouse a visceral fear, the type that makes the hair on your body stand to attention and your heart race that little bit faster.

Reading isn’t just about the eyes and mind, not when you’re in the hands of a master – and Howell is undoubtedly that. She plays with all the readers’ senses making the act of reading almost as exhausting and exhilarating as Marconi’s investigation.

Full of twists and turns, always narratively dependable but never, ever predictable, Web of Deceit will keep you captivated until the very last line. It’s as if you’re riding in an ambulance, the siren wailing, and someone else is driving, their foot increasing the pressure on the accelerator as you’re taken on a ride, replete with running red lights, dodging cars and pedestrians; one you’ll never forget or regret.

Completely enthralling, Web of Deceit places Howell right up there with the absolute finest in the genre. Even among such luminaries, she shines.

Available from the 1st February 2013, I was lucky enough to read an early copy. Don’t miss out!