God’s Traitors: Terror and Faith in Elizabethan England is a tour de force of research and wonderful prose. Reading like a novel, this non-fiction book explores the plots and plans of one particular family of desperate Catholics, the Vauxes of Harrowden Hall, during the reign of Elizabeth First and James Ist of England and VI of Scotland.

Elizabeth came to the throne during a tumultuous period and she not only set about restoring the Protestant faith to her land, but tried to keep foreign Catholic enemies at bay – enemies who were encouraged by the Pope himself to bring down the heretic queen. Managing to stave off assassination attempts, facilitated by a Papal Bull that granted absolution to anyone who should murder her, the slaughter of Huguenots (French Protestants) in Paris (and beyond) and constant religious turf wars in the Low Countries as well, Elizabeth and her council’s tolerance for Catholics decreased over time. Faith, in the Sixteenth and Seventeenth Centuries, was no longer a private matter but a very public and political one.

In their attempt to practice their beliefs without being deemed heretic or treasonous while also providing refuge to outlawed priests whose intentions were not always so noble – as many set about “harvesting souls” for the Catholic cause, the Vauxes become a template for the position in which many loyal English subjects but devout Catholics found themselves, especially against this volatile and hostile backdrop where suspicion was rife.

There are a number of historians who explore this fascinating period of history and the tumultuous events but I’ve yet to strike one who does it through the lens of one family and over a few generations, years which saw them alter from being loyal to the throne (yet refusing to abandon their faith), to offering succour to those whom Sir Francis Walsingham and other members of the Queen’s Privy Council sought to capture (Jesuit priests mainly, many of whom were quite defiant if not militant), before turning to downright activism if not terrorism when it came to the Gunpowder Plot during the reign of James Ist.

What I particularly enjoyed about this book is how Childs’ is at pains to explain that in most instances, the differences between Catholics and Protestants (for all that over 200 Catholics were executed, many more imprisoned and others crippled by heavy fines – fines that increased throughout Elizabeth’s reign as Catholicism became outlawed) were never as black and white as is sometimes depicted. That is, just because you remained true to the Old Religion didn’t mean you were against the Queen or country. Many Catholics, including some Vauxes and the various branches of the family, never saw themselves as disloyal to either Elizabeth or England, even though they hid their faith. In fact, they had no choice but to keep it secret because of the zealotry and assumptions of high-ranking and influential Protestants and the punishments meted out to recusants. Continued pressure and assumption of guilt may have pressured some Catholics into open defiance, but many did not seek to harm the queen or want their country threatened. They simply wanted to be left alone.

The book also takes us into the heart of homes with priest-holes, escape routes; where clandestine masses were said, Jesuits hidden and disguised and it even dedicates a few chapters to the amazing women of the Vaux family – women who were either hailed as heroes and martyrs or condemned as viragos who were little more than whores to the priests they served and protected, depending on which side of the religious fence one sat and who was recording history.

Powerful, moving, at times difficult to read because of the injustice served or foolish decisions made, this is a terrific, action-packed and intelligent exploration of the schism that rendered England throughout Elizabeth’s reign and into that of her successor. It also offers a really erudite insight into a wealthy family’s choices, sacrifices and risks all because of faith during these times.

A fabulous, well-paced historical crime book set during the latter years of Elizabeth’s reign (it opens in 1587), a time when conspiracies abounded, suspicions towards Catholics and fears for Elizabeth’s life were rife in a country still trying to lay firm Protestant foundations. This was an era when paranoia was alive and well (and often with good reason) and Mister Secretary, Sir Francis Walsingham and his spies or intelligencers played a significant role in shoring up the safety of the land and its monarch.

Enter John Shakespeare, brother to William and a clever, generous and handsome bloke to boot, who is recruited into Walsingham’s network. Between the brutal murder of one of the queen’s cousins in a burnt out house on London Bridge and a plot to assassinate Sir Francis Drake, John has his work cut out. Alongside all this, King Philip and his armada threatens, Mary Stuart is poised for execution, while Jesuit priests walk the streets, harvesting English souls, evading capture by hiding in the houses of Catholic sympathisers.

Tasked with discovering Drake’s would-be assassin, the killer of the queen’s cousin and the recusants hiding the Jesuits, Shakespeare is forced to confront his own beliefs, his heart’s desire and the fears and realities of both Protestants and Catholics alike.

Watching his every move but always seeming to be one step ahead is the awful character of Richard Topcliffe who, in real life, was known to be a blood-thirsty sociopath with a genuine love for torture. His name alone was enough to cast a long and horrifying shadow – and if you read books on the torture of the time and what this man did, it still will…

Topcliffe knows John has secrets, secrets that could undermine his position, family and his life. But when the assassin and Topcliffe start to threaten those John has grown to love, the stakes become even higher.

I thoroughly enjoyed what at times is a very, very gory book that doesn’t hold back from the shocking realities of Elizabethan life for the men and poor women who were held in thrall by violent, powerful people. The constant pressure brought to bear on Catholics and the religious schism that existed at the time is painful to read, but also reflects what was again a reality for many folk.

In some reviews I’ve read, readers’ criticise Clement, the author, for giving his hero what they term “modern religious sensibilities”, meaning, I think, a tolerance for both sides of the religious divide. The historical facts record that just like in any period, while there were fundamentalists and those who truly believed their soul was at stake if they adhered to a different set of religious principles, there were also those very tolerant and even ambivalent about specific religious practices, even if they never doubted God. This period was not as black and white as many other writers of the era make out, so in that regard, I think Clement has done something very original and interesting with John Shakespeare and the other characters who populate this book. Certainly, his evocation of the era is outstanding and his use of language rich and fruity.

I really enjoyed this book and upon finishing it, immediately commenced the next in the series. 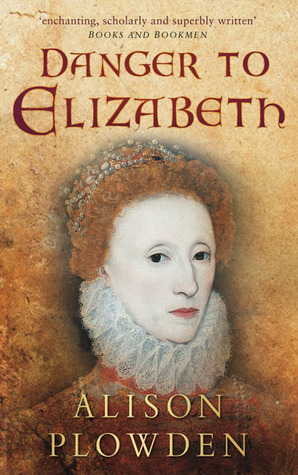