Make Me by Lee Child

When you pick up a Lee Child, Jack Reacher novel, you know you’re in for one rollicking ride and this latest instalment in the series, Make Me, is no exception.

Commencing with a train rumbling through the American heartland, the story begins just before it screeches to a halt in a small town called Mother’s Rest. Embarking is none other than our man-with-no-(obvious) baggage, Jack Reacher.

Finding the deceptively sleepy place filled with suspicious folk behaving strangely, and none of whom seem to be able to tell him why the town bears such a sweet appellation, Reacher’s curiosity is piqued. Helping fuel this is the lovely, Michelle Chang, a retired FBI agent who now works privately as an investigator and who happens to be in town because she’s responded to a back up call from her partner, Keever. A big man who resembles Reacher, Keever, it turns out, has gone missing and no-one claims to know where he is.

Teaming up with Chang, Reacher determines to help her find her partner and, if not, at least uncover what happened to him and why. Only, this scant place with the appealing name and odd residents is not what it seems. The further Reacher and Chang delve into Keever’s fate, the less they seem to understand. Barriers are thrown up and hostility greets every enquiry. Left with no choice but to leave Mother’s Rest, they back and forth across the country and in doing so start to piece together a shocking puzzle, one they know they’ll finally solve when they return to where they started.

But that proves harder then they thought. There are those determined to prevent Reacher and Chang from progressing any further, but if there’s one thing Reacher cannot abide, its being told what to do or forced to stop something he’s started, even if he knows what he finds could have deadly consequences…

In the first half, this novel is a slow build that really takes the reader along for the investigative ride. Flanking Reacher and Chang, we patiently sift through the clues, listen to various people reveal or conceal what they know and then follow as Chang and Reacher try to work out how what they’ve learned or found fits (or doesn’t) into the dilemma they’re trying to unravel.

When the climax of the novel comes, just what this secret is comes as a terrible shock – not just to Reacher and Chang but to the reader. It was unexpected, horrific at so many levels, and thus the enormity of what the entire investigation and the people involved are about is shown in a new, ghastly and desperate light.

A well-paced read, much like the train that appears and vanishes, the book takes you from one point to another, yet with a visceral thrill running through every page that keeps you on the edge of your seat. Like all Child’s books, Make Me delivers the kind of punch and panic at which he, and his protagonist, are so good. 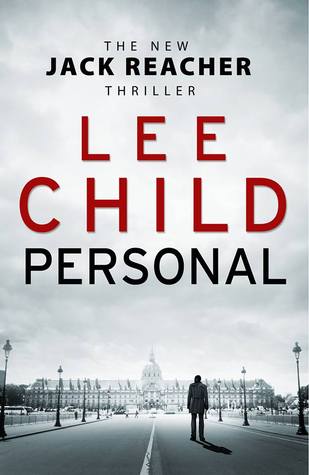