Girl in Snow by Danya Kukafka

Recommended to me by a dear friend with whom I share a love of reading, Girl in Snow, a first-time book from Danya Kukafka, is a sublime, beautifully written murder-mystery that rather than focussing on the forensics of the investigation into the death of a young girl, Lucinda Hayes, instead chooses to explore the impact her death and her life have on the people around her.

Told from three points of view: a cop with a deep secret named Russ, the strange, interior Cameron who though he has trouble socially, not only perceives the world around him in the most fascinating and imaginative way, can produce wonderful art. Much of his work is centred on Lucinda. Preferring to lurk in the shadows, when his work and manner draw attention to him and the secrets he keeps, he becomes a likely suspect. Then there is Jade: cynical and wise beyond her years, she too harbours desires and dark resentments, observing, alienating and loathing the townsfolk. The one thing she doesn’t keep to herself is her burning hatred for Lucinda and everything she represents.

Not only are the stories of these three characters interconnected, but so too is the relationships they have with Lucinda, their families and the neighbours and school friends who think they know them.

In order to solve Lucinda’s murder and bring her killer to justice, they must all face the past and, more importantly, the parts of themselves they’ve refused to acknowledge.

The thing that strikes you most about this book, apart from the tight plotting and totally credible resolution, is the gorgeous language. The prose is exquisite, the descriptions offered for mundane objects, for feelings almost impossible to express are all there on the page like poetry. Not only did I marvel at some of the descriptions, but became lost in the moment, saying the sentences over and over in my head like a litany.

Already I am looking forward to Kukafka’s next novel, because this debut is a doozy.

Oh. My. Where do I begin with this utterly original, completely heart-wrenching and beautiful story that kept me awake until the wee hours as I simply had to finish it? I have actually delayed writing a review because I am concerned I won’t do this magic novel justice. But I will try.

Eleanor Oliphant is Completely Fine is a debut novel by Gail Honeyman. It tells the tale of the socially inept, friendless, simple (as in uncomplicated) Eleanor, who’s worked at the same place for almost a decade, eaten the same things, drunk a couple of bottles of vodka every weekend, and followed, with minor aberrations, the same routine for years. This routine includes a weekly telephone call to her cruel institutionalised mother, who appears to have an unnatural and unhealthy hold over her daughter.

When one of Eleanor’s co-workers accompanies Eleanor down the street after work one day and they witness an accident, their subsequent kindness leads to some extraordinary and slow alterations in Eleanor’s life. Suddenly, Eleanor is forced to face the fact her life might be “fine” but is it complete? What she finds when the answers start to come is something unexpected, thrilling and totally frightening.

Beautifully written, sparse and yet, laden with meaning, it is both sweetness and light as well as darkness and horror all at once. Reading was akin to riding an emotional roller-coaster, but one I didn’t want to step from. Your heart aches for Eleanor and those who enter her sphere. As for the mystery that is her past, as it slowly unravels, you quake for Eleanor and what she must face.

This is about inner strength and the demons that try to weaken even the bravest of souls. It’s about friendship, and unexpected and simple acts of kindness and empathy, that come when you least expect it, but often most need them. It’s about fear of change, of the past, but also how both need to be embraced in order to alter the future.

Unsentimental, yet totally heart-warming, it is bitter-sweet as well. You yearn for Eleanor and for the light of hope that flickers through the pages never to be extinguished, though there are moments where it dims dangerously.

I am still thinking about this book days after reading it and cannot recommend it highly enough. A treasure of a story.

Book Review: The Ocean at the End of the Lane by Neil Gaiman

This is a boo

k like no other I have read in that it taps into something wonderful, dark and primal and managed to transport me back to both the magic and terror of childhood, a time of possibilities and when dreams and nightmares really did come true.

Finding himself back at his childhood home after attending a funeral, a middle-aged man (who is never named) recalls events that happened during his childhood – how the peace and joy of his life on the farmstead was shattered when a visitor to his house commits suicide in the family car. This act releases a darkness that threatens the young boy and his family, a darkness that his mother, father and sister seem unable or unwilling to see let alone confront. Only the bravery and chthonic magic of the girl down the road, the amazing Lettie Hempstock, who has a pond that is an ocean in her backyard and all sorts of other wondrous things, and her mother and grandmother understand and have the wherewithal to aid the boy in what becomes a life and death struggle to defeat the all-consuming and seductive powers of the darkness

Like the man remembering his childhood, the reader is transported back to ours. As the boy battles his own and some very real demons, so too we revisit and vanquish (if we’re lucky!) those that haunted our youth. What I loved about this book (and Gaiman’s work overall) is that nothing is cliched or expected. Furthermore, it’s what’s not described, but in the spaces between the words, the absences on the page and into which the reader’s imagination slips (or tumbles), that so much happens. Gaiman respects the power of our imaginations to take the story into places other writers would not dare. Thus, we fill in the gaps and the powerful but ofttimes partial descriptions with our own menacing ones. This makes the book at once eerie, wild and disturbing. Sometimes, the words and scenes howled through my mind, making we shiver and look over my shoulder. Other times, I felt warmed by its magical embrace and found great comfort – as if a warm blanket had been flung over my shoulders and a cup of something warm, sweet and strong had been placed in my hands.

There is something restorative and meaningful in peeling back the layers, in being reminded of the power of stories, of imagination, of being anchored once more to a time that while a part of us all, rarely gets dusted off and re-examined, though our childhood is what shapes us. We tend to relegate it to the attic of our minds. Stories like Gaiman’s reinstate childhood and the terrifying and wondrous interpretations children use to negotiate reality in all its great and scary glory.

Finishing the book is like awakening from a dream and I couldn’t help but grieve as I felt that the funeral the man was attending wasn’t only for a lost beloved, but a lost self. That we outgrow (or choose to ignore) the capacity to see and relate to the world through the eyes of our childhood selves is surely something that deserves mourning.

Astonishing modern fable that vividly recaptures the beauty and dread of dreams and childhood imaginings.

Tags: childhood, darkness, magic, Neil Gaiman, suicide, terror, The Ocean at the end of the Lane 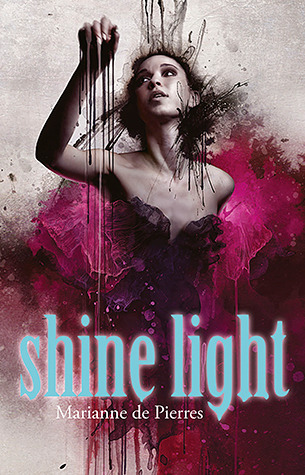