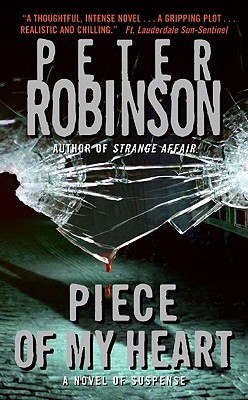 Book Review: Children of the Revolution by Peter Robinson

This most recent and terrific installment in the Inspector Banks series begins when the body of a disgraced academic is found beneath a bridge in a remote area outside Eastvale. Found with five thousand pounds in his pocket and significant pre-mortem injuries, it becomes clear this isn’t a suicide – but who would want to kill this emaciated, alcoholic and sad individu

al? Once Banks and his team begin to delve into the man’s past and the anarchy decades of last century, they discover that not only does he have skeletons in his closet but that some of these are shared with significant individuals who would do anything to ensure that what the academic knows is never shared. So begins a case that tests Banks, Annie, Winsome and the newest team member to the limits of their skills and professionalism.
Never one to mind allowing the lines between the professional and personal to cross (but without ever sacrificing his duty), Banks finds this case testing in all sorts of ways. What I love about the way Robinson has allowed Banks’ character to develop is regular readers know and appreciate the ethics and values which govern Banks’ every decision. This is a man who believes in justice and will see it served, even if it means breaking the rules, but without diverting from his moral compass. In this novel, Banks’s subordinates, particularly Winsome, demonstrate their talents, Winsome displaying compassion and growth as a detective. We see how influential Banks has been as a mentor and role model for his team and how the faith he puts in others is usually always rewarded. At the same time, we see Annie struggling with the injuries – physical and psychological – that she sustained on a previous case. If there is one niggle about this novel, there is a sense in which Annie’s story is shunted to one side a little. She serves little purpose except as a contrast to the other female officers and the way they deal with suspects and witnesses alike. Mind you, I love her directness and acerbic wit, as well as her tendency to act first, think later, traits that usually serve her well though there is one scene where, I feel, she acts a wee bit out of character. Only a little, but the scene didn’t ring quite true.

Overall, this is a great read and I felt sad that the R question (retirement) has been flung at Banks  who, in this novel, is also forced to ponder aging and his mortality as well as his career. I hope he takes the other option he is given because a reading world without Banks would be a poorer one indeed.