The Firemaker by Peter May

Isn’t it strange how, when you discover an author whose work you adore you immediately reach for anything else they’ve written. But, if you’d picked up a different one to the first you selected, there is a chance you may never have read another they wrote… has that happened to you? Am I making sense? You see, this is what has happened to me with the uber talented writer, Peter May.

Fortunately, the very first book of his I read was The Black House, book one of the marvellous Lewis Trilogy. I followed those three books up with Coffin Road and Entry Island and was stunned by the breadth of this man’s talent, his knack for weaving complex but credible plots, the poetry of his prose and his fascinating characters. Then, I read Extraordinary People, book one in the Enzo series (yet to be reviewed). I didn’t enjoy it nearly as much, but once I accepted it was very different to the others and was sort of a Dan Brown lite, and pure escapism, I managed to go with the flow. Still, I won’t read another in that series. So, I tried to The Firemaker, the first book in what’s known as his China series. And here’s where how I opened this review comes into play.

If this had been the first of Peter May’s books I’d read, I doubt I would ever have picked up another. This was such a disappointment at so many levels. I know it’s an earlier book, and it’s setting is different – and I enjoyed that very much having spent some time in Beijing, but it’s so full of stereotypes, clichés, a tendency to tell instead of showing, and pure didactics, I really struggled. To make matters worse, I simply loathed the lead female character and found most of what she did and said didn’t gel with her life experience, qualifications or the romance that blossomed… who could love this xenophobic silly bitch? The male lead, though full of contradictions, was at least likeable and I wanted to scream at him to run a mile from this intolerant, gabby woman who had no respect for another culture or other people.

The plot is also convoluted and it’s difficult to suspend your disbelief. The basic story (without spoilers) revolves around an American female pathologist, Margaret someone (she’s so awful, I don’t want to remember her) taking up a short-term position at a Chinese university in order to escape a turgid relationship and period in her life. After an inauspicious (and frankly ridiculous) start, she is asked to aid in the investigation of a murder. You see, her speciality is burns victims and it turns out the police have found the badly burnt corpse of a prominent Chinese businessman and government official. When Margaret gets embroiled in not only the investigation but with a rather sinister American figure and the body-count grows, both she and the newly-promoted and popular Inspector Li realise they’ve stumbled into something bigger than they ever imagined, something that raises the stakes and the danger levels high.

The plot sounds great, but it’s encumbered by all the things I mentioned above. Even the romance is squirm-worthy as are the sex scenes. Maybe it’s just me, because other people loved it and May IS a good writer, despite what I’ve said. But, I am SO glad I didn’t read this first, as I would have missed out on the pleasure of his other sublime novels. Needlesstosay, I won’t be reading the rest of this series, even though reviews suggest it gets better… 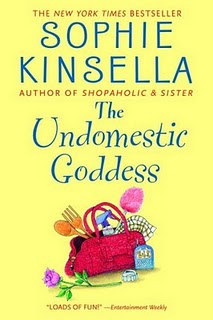