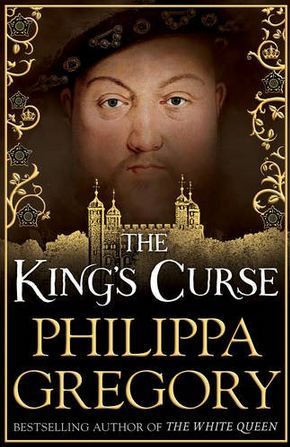 After feeling a little ambivalent about Wolf Hall (in that, I adored the subject matter, Thomas Cromwell: his life, family, rise to power and the machinations in the court of Henry VIII, but found the style of writing and point of view hard to adjust to – mainly because of the proliferation of the personal pronoun “he” which meant I sometimes had to re-read conversations to get the gist of who “he” (usually Cromwell) was – the result being a frustra

ting reading experience), I approached Bring Up the Bodies with a healthy amount of scepticism but also a desire to like the book.

I did. Very much.

Whether it’s because I grew used to Mantel’s unusual story-telling method – again, the personal pronoun “he” features (but, this time and very helpfully, it’s often followed by “Cromwell” so you know to whom it refers) or because I was swept up in the tale is irrelevant. The fact is Bringing Up the Bodies is a unique and fascinating take on a very well known period of history: namely, the swift decline in the relationship between Henry VIII and his second wife, Anne Boleyn, and the consequences the English court must face (as well as Cromwell professionally and personally) after supplanting a lawful Catholic Queen with a protestant substitute. The politics, the religious and international stakes, the jostling for power of the various nobles, the developing factions, the role of class, and the importance and potential betrayal of family are all explored in this book.

As Anne Boleyn’s power and thus status at court declines and those whom she trusted turn on her, and her every word and gesture is endowed with meaning, we’re given insight into Cromwell’s role in this – the way he strips himself of emotion in order to perform his king’s will, but not, one feels, compassion for the queen he ultimately topples. Cromwell has never been more powerful nor, he recognises, in more danger when, as a former working class man’s son, he is able to shake the highest limbs on the class tree and lop them as well. Thus the reader is left with Cromwell’s prescience of the fate that awaits him and which, no doubt, Mantel will explore in the third book in this series.

Knowing this period of history as well as I do didn’t spoil this read for me, on the contrary, it added a particular frisson and that might be the reason I may stop with this book. Cromwell, as a historical figure, was rather black and white – he was bones without flesh, lines without intonation, a figure without heart. Mantel has changed all that. As a character in her books, he lives and breathes and we understand his reasoning, his nobility, his barely repressed propensity for violence and, above all, his empathy and loyalty. I have enjoyed his rise so much, I don’t want to watch him fall – something that’s as inevitable as the seasons. It’s testimony to the power of Mantel’s prose and her take on this history, that in relation to Cromwell, I wish she would change it!