England in the Age of Chaucer by William Woods

I’ve had this book on my shelves for a while and finally had a great excuse to read it. Published in the 1970s, it’s an account of medieval England focussing mainly on the years between, roughly, 1320 and the Peasants’ Revolt of 1381. Using the great Geoffrey Chaucer, his life and works as a broad lens through to which to examine the social and cultural changes that occurred, this is a wonderful and learned book that differs from more modern accounts in that it doesn’t shy away from being poetic itself or making some assumptions – something which I quite enjoyed. It also quotes extensively from Piers the Ploughman, Chaucer’s works and other poetry and treatises of the era to support various arguments and facts.

Each chapter concentrates on either a different stratum of society – peasants, merchants, writers etc – or events, using these to explore the huge social changes that were occurring, prior to, but hastened by the advent of the Black Death and the enormous loss of life and thus workers, priests, administrators, and other social roles it facilitated. Giving rise to questions about class, purpose and even God (remembering this was the time of the great schism in the church and two Popes – one in Rome and the other in Avignon), commoners began to demand more rights, the merchant class began to rise swiftly as wealth changed from being exclusively in the hands of landholders to being in that of producers and distributors, and the status quo that had been extant for hundreds of years began to crumble. England was at endless war with France and other regions and while its sorties on land and at sea were at first successful, earning England its various nobles a mighty reputation, as the century wore on, it lost more battles than it won, gained more debt than power and swiftly lost its reputation as a formidable power. Yet, it was the commoners who suffered and suffered significantly.

The chapter devoted to the plague and the transformations it wrought is excellent as is the one on the change from bellicose or religious poetry to pieces focussed on courtly love and how these influenced perceptions of sex and gender. Of course, the role of men of all classes especially is scrutinised though, having been written in the 1970s, the book does suffer from a lack of examination of the role women played in love, war, sickness, health and marriage.

Finishing with chapters devoted to the Peasant’s Revolt during the early years of King Richard II’s reign, and looking closely at cause and effect, the book is nonetheless a lovely addendum to many of the other books written about this incredible period in not just British history, but European as well. Thoroughly enjoyable and filled with titbits of information and dare I say, interpretation of these, not readily available in other sources.

Tags: England in the Age of Chaucer by William Woods, Richard II, war 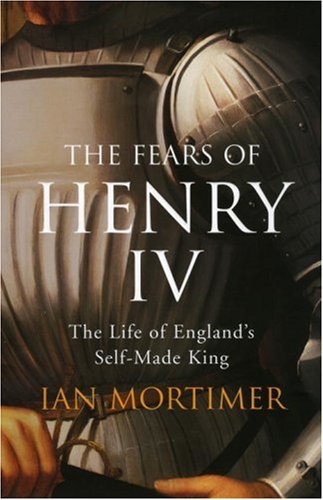