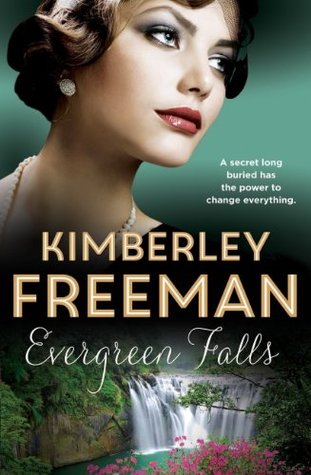 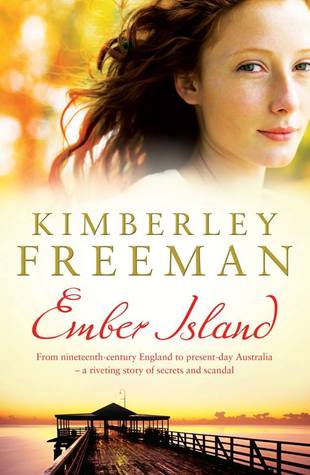 When you pick up a Kimberley Freeman novel, there’s a sense in which you know what you’re getting: a wonderful few hours in which to lose yourself in a marvellous time and space, where there’s romance, secrets, mystery, broken hearts and souls and the tools for characters to mend these if they so desire. Her books are like the best comfort food there is.

tale that takes place in two different time frames and explores the lives of three very different women who are connected by the vagaries of life, men, and place, is no exception. It is a gorgeously woven and cleverly plotted tale of loss, desire, memory and its power to render an individual static, and the incredible might of forgiveness to facilitate change, especially, self-forgiveness.

It commences with a shipwreck in 1901, when commissioned with making and transporting a gloriously jewelled parliamentary mace to Australia for Federation, the callous, unemotional and aristocratic Arthur Winterbourne, insists his wife, the grieving Isabella, accompany him. When the vessel they’re on is shipwrecked on the north-east coast of Queensland, not too far from the Sunshine Coast, and Isabella is the only survivor, not only must she brave the natural elements to survive, but human ones and the memories of her tragic past as well.

Switch to current times, and we’re introduced to the Libby Slater, a web designer living in Paris who, having lost the love of her life, decides to return to the place of her birth, the imagined Lighthouse Bay, to grieve, recollect herself and, possibly, face some dreadful demons – including her estranged sister, Juliet, who cannot forgive her sister for the terrible thing she did twenty years earlier.

Segueing between the different stories, and the woman at their heart, an evocative tale of self-discovery and reconciliation emerges. As each woman learns to put the past and those who populated it into perspective, they’re able to move forward. But it’s the choices they make in their present that will shape their futures and with an uncanny knack for poor choices, for repeating mistakes, you wonder if these woman have learned anything at all…

I found myself unable to put this book down and stayed up far too late to finish it. While there’s romance in these books, it’s very much a story about women – about their capacity to be good, strong people, who make choices they have to live with: as mothers, sisters, friends and citizens. It’s about having them acknowledge their weaknesses and moving with and beyond them to create possibility – for themselves and those around them who dare to care. I really enjoyed this aspect and found myself caring so deeply about each of the women, and having a weep at the beauty and realism the relationships, good and bad, evoked.