The Other Wife by Michael Robotham

The latest book in the Joseph O’Loughlin series, The Other Wife is a cracker of a read that I dare you to be able to put down once you start. I forced myself only so I could savour the joy of a great story with characters I’ve grown to know and love and who are embroiled in a plot both dark and, for Joe at least, deeply, personal.

The book opens with Joe relocated to London with youngest daughter Emma, contemplating life after the death of his wife, when he receives the call adult children both dread and half anticipate: his eminent surgeon father has been admitted to hospital and is on life support.

Racing to be by his father’s side, Joe reflects upon this cold, distant and judgemental man he barely knew and yet whose approval he endlessly sought. When he arrives at ICU, his father is not alone. A younger, lovely woman is sitting by his side, clutching his father’s inert hand. But it’s when she tells Joe who she is, that his world is turned upside down and inside out.

Everything Joe thought he knew is now unstable and with each new piece of information, he seems to lurch from one discovery and response to another. Not even the grounding presence and help of Vincent Ruiz, retired cop and now a corporate investigator, provides the stability Joe needs.

The more Joe delves into his own and other’s histories, the more suspicious he becomes about what really happened to his father and why, but when the truth is finally revealed, not even Joe is prepared for the consequences.

Superbly written, tight, fast-paced and emotionally fraught yet always true, this is a magnificent book that puts family and personal histories under the microscope and doesn’t hold back. It’s explores the assumptions we make – about those we think we know and those we don’t. How unfair and self-righteous these sometimes are and the terrible outcomes that can occur when we’re swift to judge.

No-one is more honest or raw in his judgements than Joe – especially about himself. I think that’s what makes his character rich, real and so appealing. Flawed, vulnerable and yet with a strength he isn’t always aware of, this book really has him centre stage, placed in an oft-cruel spotlight under which he still manages to star.

My only disappointment (as always happens with Robotham) is that I now have to bloody well wait for his next book. Please don’t leave me waiting too long. This was stunning.

The Secrets We Keep by Shirley Patton

I had the great fortune to be at one of the launches for this debut novel by Australian writer, Shirley Patton. Listening to her discuss the book, while sipping tea, learning that Shirley drew upon her own life and work experiences to write this tale, made me eager to read it and I was not disappointed.

Set in Kalgoorlie during the 1980s, the book centres, initially, on Aimee, a young social worker who relocates from Perth to take up a new role. There she meets not only an assortment of interesting characters: the irrepressible Lori, the kind ex-priest, Paddy, the psychic Agnes and Jack, as well as those who become her clients such as Kerry, Amber, and the dying Paul. But as Aimee becomes part of the close community and learns the secrets they both keep and entrust to her, she finds the ones she harbours harder to bear.

Whether it’s the politics of the day, the deleterious effects of mining, ageing, illness, loss, Indigenous issues and the lengths to which bureaucracy and the PTB go to cover up their intentions and regressions, spiritualism, romance and families, Patton’s tale covers it with aplomb. What I loved best about this book were the bonds forged between the women. So often novels cast women against each other, portraying them as competing – for a man, for recognition, pitting them as competitors, forming toxic relationships. The Secrets We Keep was so refreshing because, while it didn’t shy away from exploring differences and tensions, it examined the complexity and depth of a range of female friendships and relationships and the support, kindness, compromises and sacrifices people can make to ensure they work.

This was a lovely read that also evoked a sense of place as much as character and would appeal to anyone who enjoys a damn good read.

Merivel: A Man of His Time by Rose Tremain

This long awaited sequel to the simply marvellous Restoration, picks up the story of the highly flawed and extremely personable, Robert Merivel, physician to King Charles II, only this time, it’s 25 years or thereabouts since we last met him.

Well into his twilight years, Merivel, who in the first book enjoyed then lost the patronage of his king and went on a journey of self-discovery which saw him survive the Plague, the Great Fire and life in metal asylum run by a kind group of Quakers, is this time far more settled. His beloved daughter is now a woman; he has his well-managed estate to run and his ageing servants to consider and a life well-lived to reflect upon. Ever trying to find meaning in his life, Merivel, like the famous diarist Samuel Pepys, keeps a record of his daily activities, thoughts, mishaps, sexual encounters and triumphs, sparing the reader nothing. This is part of the joy of the man and the book.

Emulating the erratic syntax of the era, in that Tremain capitalises words mid-sentence, she also manages to plunge the reader into this wonderfully decadent and politically fraught time – stylistically, but also ideologically and emotionally. Whether it’s food, fashion, habits, religion, medical procedures or class structure, she recreates the late 1600s and the turmoil of monarchy and government as well as international relations and places masterfully.

Merivel may be older, but he doesn’t feel wiser. A sense that life is slipping him by pervades and so he makes the decision to travel to the court of Louis XIV, the King’s cousin, and see the great Versailles for himself. Always afraid of what he might be missing out on, Merivel embarks on a number of other adventures, and makes some rather interesting and, on reflection poor choices, in this book. In doing so, he learns his place in the greater world and the smaller one that is his estate and family. He discovers the real meaning of love and friendship and what’s important in life. The reader champions him on this erratic journey and our affection for this volatile but kind and very philosophical man deepens.

Including Merivel, a fictional character in real historical events and having him encounter actual personages of the time imbue the book with such immediacy and Merivel himself more relevance than he already has. He becomes our touchstone for both the macrocosmic historic events and the microcosmic ones we can all identify with.

As much as it evokes the period so beautifully, the novel is also contemporary in that the questions it poses about ageing and life are timeless.

Superbly written, with humour, pathos and such understanding, this is a gorgeous book and a fitting conclusion to Merivel’s marvellous life. 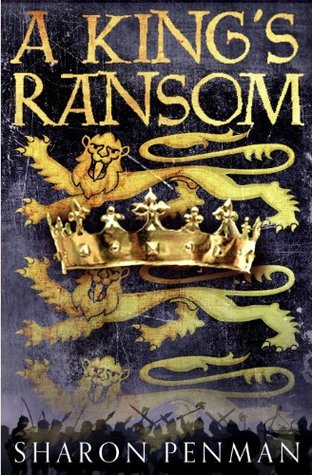