The King’s Evil by Edward Marston

The King’s Evil is the first in a series by Edward Marston (who wrote the marvellous Nicholas Bracewell series set in Elizabethan England) set during the Restoration and the early years of Charles II’s reign. The year is 1666, immediately after the Great Fire has decimated London and rebuilding is commencing. The book introduces the reader to young and aspiring architect Christopher Redmayne, while the series follows his fortunes and misfortunes. Though blessed with great talent, Redmayne’s greatest misfortune appears to be his brother, Henry, a Cavalier reprobate. He’s also lumbered with a God-fearing Dean for a father, a man Henry at least, fears more than the Lord Himself.

When thieves are caught ransacking materials from a house Redmayne has been commissioned to build, he’s thrown into the company of Jonathan Bale, a Puritan constable who has no time for the likes of Redmayne, let alone his brother. Forced to work together, Redmayne and Bale must solve, not only the mystery of the thieves, but also find who’s responsible for murdering the owner of the house Redmayne is building, the rather obnoxious, Sir Ambrose.

Forced to venture into houses of ill-repute – brothels and gaming – wander the crowded, dirty and dangerous streets, endure listening to lies and evasions, and encounter all types of citizens from the highest to the lowest, a grudging respect grows between Bale and Redmayne who find that, despite their wishes, if they want to bring this investigation to a close, two heads are better than one, particularly if they want to remain intact.

Well-written, Marston has a flair for capturing the period and this book is no exception. While Redmayne and Bale are well drawn, the brother, Henry tends to verge on caricature and some of the dialogue lacks the bawdy joy of his earlier series and can be long-winded and forced. Nonetheless, it was a very enjoyable read and I immediately downloaded the next one in the series.

The Bawdy Basket by Edward Marston

The Nicholas Bracewell series by Edward Marston is such a gratifying read with each instalment offering more in terms of richness of plot, insight into regular characters, terrific, witty and meaningful dialogue and immersion in Elizabethan London and, in particular, the theatre scene.

When the novel opens, Lord Westfield’s Men are undergoing something of a renaissance. Everything is running smoothly, their plays are all being well-received, Edmund Hoode, their playwright is in the throes of his muse and penning a masterpiece, the men themselves are getting along and even their cranky, unpleasant landlord has been felled by illness. Of course, this great fortune cannot last. Not far into the book, things start to go awry. Not only does one of the men, Frank Quilter, a relative newcomer to the troupe, reveal a shocking injustice with tragic consequences that’s beset his family and must be avenged, but Hoode, one of the reasons for their continued success, intends to leave the profession and thus Lord Westfield’s Men, throwing all their livelihoods into jepoardy.

Of course, Nicholas Bracewell, the troupe’s book holder, takes it upon himself to help colleagues and friends in crisis. Investigating the accusation that saw Frank’s father hanged for murder, Nicholas finds his loyalties torn. Wanting to help Frank, but finding the other shareholders of the Men are not willing to let Nicholas do so – in fact, they’re considering letting Frank go lest his name tarnish their reputation – Nicholas is in a bind.

When he nonetheless begins investigating the murder Frank’s father was said to have committed, the evidence is stacked against the man. That is, until young Moll Comfrey, a bawdy basket who had a close relationship with Quilter senior enters and says she can prove Frank’s father didn’t commit the crime he’s just been sent to his death for that everything changes.

But it’s a race against time as not only does Edmund’s leave-taking of the Men draw near, depriving the players of their playwright, but those wanting to stop Nicholas looking into the murder, scheme how to end not only his snooping, but the careers of those closest to him once and for all.

Another fast-paced, fabulous read that brings Elizabethan London and all its glory, gore and filth to life with aplomb. 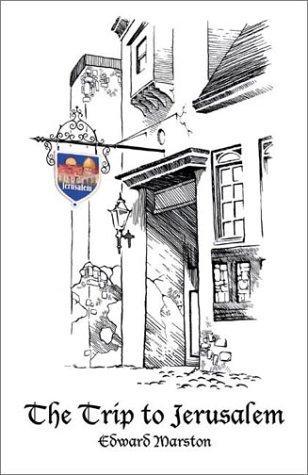 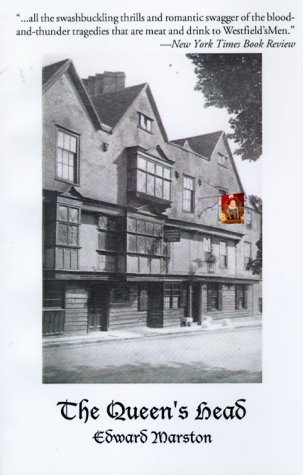