The Seven Deaths of Evelyn Hardcastle by Stuart Turton

This is the second book I have read recently with “seven” in the title, the other being the Seven Husbands of Evelyn Hugo which I enjoyed very much. Turton’s book, which was originally entitled The Seven and a Half Deaths etc (now that’s an eye-grabber) is a very different proposition. Essentially a murder mystery, it is also so much more. It’s also an existential exploration of what it means to be human – different kinds – and the ways in which we suffer for our sins, seek redemption, and/or must face the consequences of our actions. The setting is a decaying manor house, Blackheath, in the English countryside. The period appears to be the 1920s or something akin to that. A a group of guests have gathered to celebrate or be part of a memorial of a gruesome death that occurred many years earlier, and which has affected the Hardcastle family ever since. When one of the guests, a man we think is called Aiden (reading the book will explain why we only “think”), learns that the hosts’ daughter, Evelyn, is to be murdered that night and he has to uncover the identity of the culprit or else remain trapped in the manor house, reliving the same day over forever, you wonder what on earth is going on.

As each new day dawns, Aiden is thrust into a different body, viewing the world and the other guests from that perspective – a servant, a privileged gentleman, an artist, a con man, a doctor etc etc. Awareness of his previous day’s existence should work to help him solve the crime that doesn’t appear to be one, but it is just making things more convoluted and difficult to resolve. Add to that a brutal mystery man determined to murder anyone who comes close to solving the murder and a guy wondering around with a plague mask on whispering instructions and the entire house party takes on a surreal and sinister mood. Forming alliances and making enemies, Aiden is thrust into a body he thought he’d finished with, only to relive sections of the previous days, making matters worse. But time is ticking and Aiden will do anything to escape this hell…

While I really appreciate the idea behind this plot and the writing (which was really lovely in parts and excellent throughout), I also reached a point I too would do anything to escape this hell. I found the story hard to get into and, when I did, I didn’t care enough about the characters as I would have liked. They were all shallow, unpleasant, oft-times confusing and the purpose behind this never-ending Groundhog style day, but from alternate perspectives, became exasperating.

It wasn’t until near the end that the concept behind Blackheath and what it represents is revealed. Like the rest of the book, it’s clever (though some might not think so), but I was more relieved to be finished than gratified. That said, many have raved about this book, which is sort of an Agatha Christie on steroids. I did enjoy it very much at times, and can really appreciate the plotting and effort involved, but I think Evelyn could have died a fewer deaths 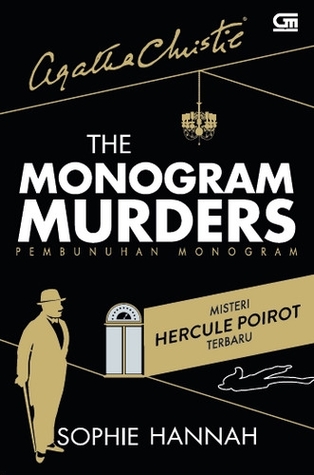