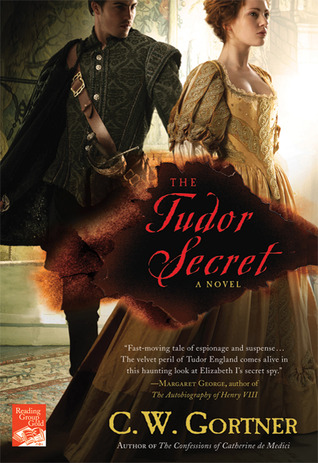 This was a strange and compelling book. When I first started reading it, I almost cast it aside as I was annoyed by what I felt was being asked of the reader: that is, too great a leap of faith when it came to the historical facts upon which Gortner drew to craft his tale. But, as the story of Brendan Prescott, an orphan raised by the powerful and influential Dudley family and elevated to personal servant of none other than a young Robert Dudley just before the death of Edward VI, progressed, I became caught up in the plot and action and found it hard to put down.

Prescott, prior to his new role was a simple stable boy who yearns for the woman who raised him but died before he reached his teens, is sent to London to serve his new master and thrust into court politic. He finds himself not merely at the centre of a huge conspiracy to alter the royal succession, but also an unwitting pawn in a deadly game that’s been played between the leading noble houses for years.

Employed by Robert Cecil to spy on his behalf and for the benefit of the young Princess Elizabeth, Brendan doesn’t trust Cecil or his dark-robed henchman, the dangerous Francis Walsingham who, rather than an ally, seems more like the assassin rumours declare. Certainly, as it becomes evident that Brendan isn’t who he thinks he is, his mission becomes as much focussed on finding out his real identity – an identity others are using not only against him, but against those they would see brought down – as it is protecting the princess. Running towards trouble and finding it at every turn, Brendan also has his loyalty tested, discovers love, friendship and how the eyes and heart can deceive in extraordinarily painful ways.

Against a backdrop of religious and political upheaval, Brendan’s inculcation into Cecil’s spy network and his own story are interwoven. The story gallops and I couldn’t read fast enough to discover what would happen. My initial misgivings about what I thought was a misuse of history were laid to rest as Gortner cleverly mingles fact and fiction, but not in a way that stretches the reader’s faith (as I’d first feared), but in order to create an utterly satisfying narrative. Will be reading the rest in the series for sure.